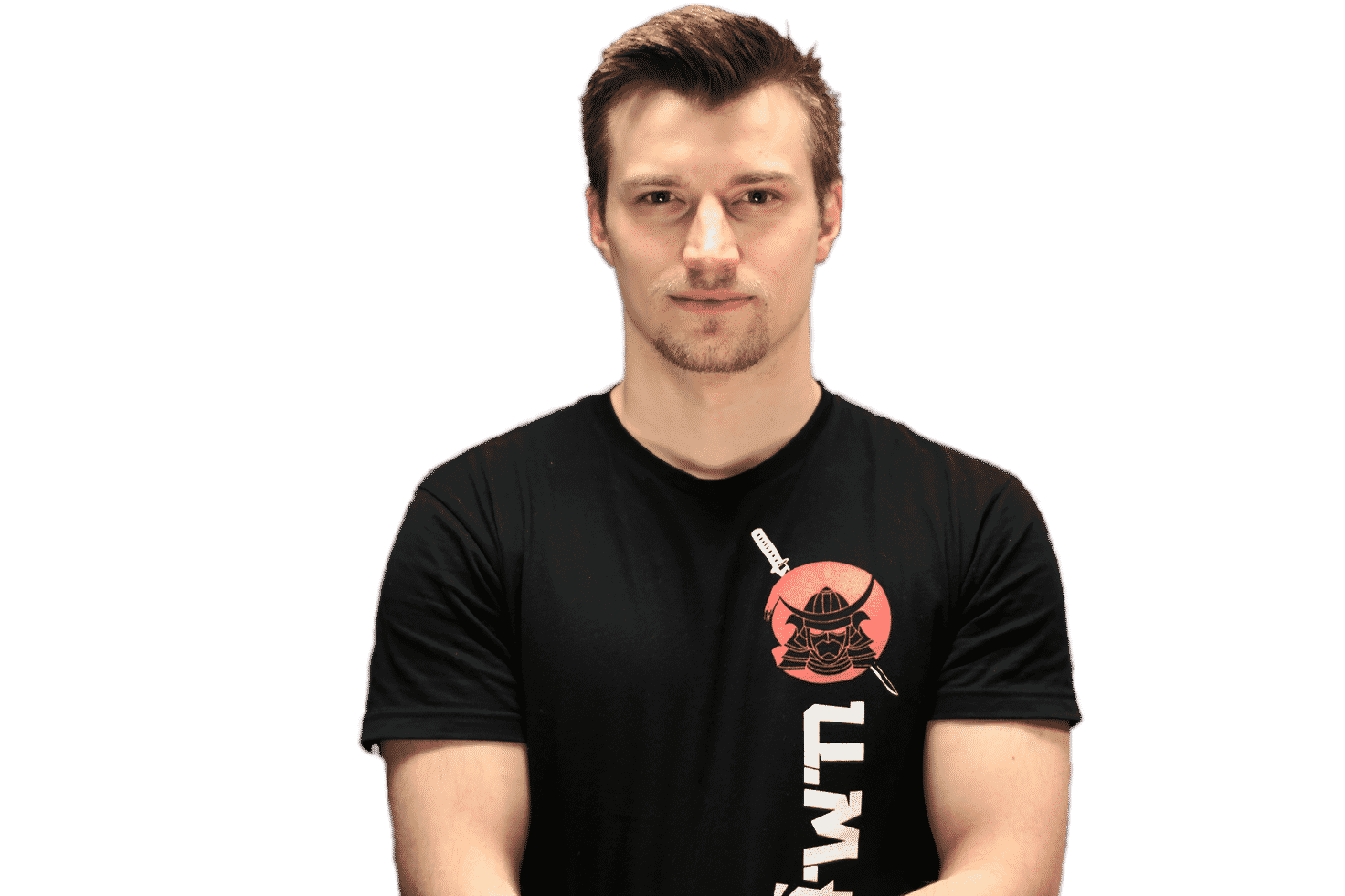 Tim Hollenbeck initially began martial arts over 20 years ago to learn how to defend himself against neighborhood bullies. His journey began with Seido Karate, but eventually led him to Bruce Lee’s art of Jeet Kune Do.

Tim is an Associate Level 3 Instructor under Sifu Phil Cruz. Tim has also achieved a second-degree black belt in Jeet Kune Do and Kali under Sifu Dan Anderson. Tim is also an Apprentice Instructor under Guro Dan Inosanto. He has personally trained with Paul Vunak and is a Full Instructor in his Progressive Fighting and Edged Weapons Systems. Tim holds an Eskrimador Level 3 ranking with Grandmaster Atillo in his Balintawak Kali system. Tim is also a Green Glove in Savate under Professor Nicolas Saignac. Tim holds a Level II Apprentice ranking in Sayoc Kali, the Art of the Blade, and currently trains with Guro Nick Sacoulas. He is an instructor under Guro Ron Balicki and Diana Inosanto in their Martial Arts Research System (M.A.R.S.). He has trained with other martial art experts like Sifu Kevin Seaman. Tim is a purple belt In BJJ and has trained with Rodolfo Amaro in Gracie Barra Jiu jitsu, Vitor “Shaolin” Ribeiro, and Clark Gracie.

Tim has competed in both stick fighting and boxing. He has also trained in various Muay Thai camps across Thailand. He believes that martial arts is more than just a physical practice, it’s about tapping into your inner creativity and finding new ways to express yourself.