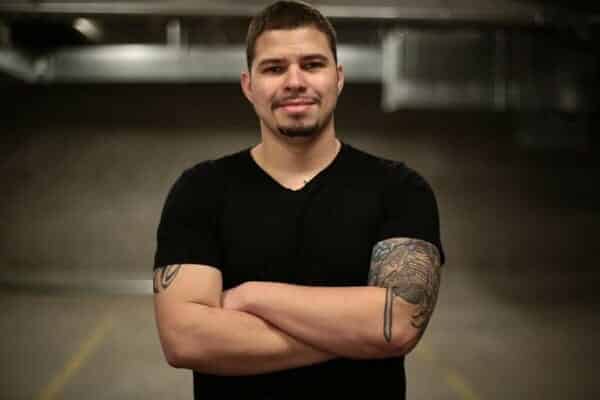 “If you don’t understand vulnerability, you cannot manage and lead people. If you’re not showing up vulnerably as a leader, you can’t expect anyone to follow you—period.” – Brene Brown, Rising Strong.

As martial artists, we cringe at the word vulnerable. Standard dictionary definition includes: susceptible to physical or emotional attack, or someone who is in need of special care. We claim that word doesn’t describe us. We are modern-day warriors. We train to protect others. We train to be invulnerable from any sort of attack, right?

I felt that way for many years. I wanted martial arts to strengthen me physically so I could protect myself from bodily harm, but I also wanted it to guarantee that I would develop emotional armor too. We all know which type of wound hurts the most.

It’s through my relationships over the years, many with martial art friends who’ve become like family, that I’ve come to realize that vulnerability defined as weakness is a myth. In fact, emotional vulnerability or the sharing of our feelings, struggles, and life experiences with others based on mutual trust and respect is an act of courage. Vulnerability in our relationships with others is how we foster genuine connections, a sense of belonging, and the ability to grow into our best selves. Sifu Phil Cruz is one of those people whose story continually proves that vulnerability is a strength far superior than any weapon.

Sifu Phil sat down to share his story with me in hope that his life experience and journey through the arts may resonate with yours. Everyone who comes to the martial arts has their unique path, and Sifu Cruz is no exception.

It’s no surprise that Bruce Lee was Sifu Phil’s hero when he was growing up in the South Bronx. He would watch Bruce Lee’s movies over and over again, admiring Sigung Lee’s dedication to protecting his family. Young Phil wanted to train in the art of Jeet Kune Do, but there were no schools in his area. Frustrated and fed up with being constantly bullied, he decided that he was going to take matters into his own hands to defend himself. With no prior training and without understanding the risks of carrying and using a weapon, he decided that he would purchase a knife for self-defense. He was only fifteen years old at the time when he walked into the store, dead set on buying a weapon. In that store, he saw a poster of Bruce Lee standing and pointing his finger out at the viewer. Under that picture was the address to a Jeet Kune Do school in Manhattan. It was as if Sigung Bruce Lee himself was pointing at young Phil. That was the beginning of Sifu Phil’s martial art journey.

Since then, Sifu Phil has trained in Jeet Kune Do for 21 years. Not all of that time has been a smooth ride to the “mountaintop” of Black Belt, instructor, and now school owner. Both him and Sifu Anthony always emphasize that they are still students in the arts, but also in life. Opening a martial art school was a huge risk, a leap of faith (despite a lot of fear and doubt) that their shared dream could become reality. Sifu Phil, no stranger to anxiety, would be the first to tell others not to expect fear to disappear once you reach a long-awaited goal. Even when you get there, you still might feel terrified, but if you have support from others, then nothing is impossible. Unlimited Martial Arts is here because of that belief.

Although UMA is a martial art school teaching practical skills for self-defense, Sifu Phil and Sifu Anthony teach that the arts are a tool for self growth. This is what the martial arts have been for them, a way to unearth their inner potential. Essentially, this is what Sifu Phil hopes for others, that UMA is a space that helps each person transform into their own version of a leader. He feels that a main strength of any community is when its members share leadership — people know when to step back to allow other people to step up and shine. Sifu Phil says that we always have something to learn from everyone and no matter who you are, what school you came from or your rank, we are all one martial art community. He doesn’t want anyone in the school to feel inferior. He wants senior students to help new students improve because one day that junior student will have something to teach them. One of the most rewarding things in Sifu Phil’s experience as an instructor is when his students go out into the world, learn and explore new arts, and then come back and teach here at UMA. Sifu Phil says teaching is an experience that always gives back to him. Not only does he find it extremely rewarding to help people achieve goals that they never thought possible, he loves when his students teach him new things and are now passing their knowledge on to help others.

At the end of our interview, I asked Sifu Phil a fun question: Imagine you climbed a mountain and found a hidden place with secret martial art masters — what would their greatest lesson(s) to you be? He said that his answer to this question would have been different depending on the time of his life. When he was 10 years old, he would have said that he wanted the masters to teach him how to stop someone with one punch. At the age of 20, he would have wanted them to teach him how to be the best fighter in the ring. Now, at the age of 35, Sifu Phil answered that he would want the masters to teach him “how to find inner peace.” We both laughed at his answer, but I told him that this shows others that the martial art journey is continually changing and evolving throughout life.

We might not ever get the opportunity to train with secret masters on a mountain somewhere, but we get the next best thing: to train with Sifu Phil Cruz. His lessons to us, I argue, are better than any lofty esoteric mountaintop message because they are examples from his life — he experiences failures and insecurities like the rest of us, but he always makes the decision to try again and do his best. He knows that his courage comes from being supported, accepted, and loved by others. Vulnerability unites us to genuinely connect with each other on the levels that truly matter. Trust, care, belonging, and mutual regard are the values that UMA’s community is based on. From this foundation, we discover our unlimited potential.

Subscribers will receive our monthly newsletter full of the latest news and updates. Gain exclusive access to events and seminars.

You have Successfully Subscribed!

U.M.A. assures your information is strictly confidential. We will never share or sell your information. We do not condone spam and make every effort to ensure our newsletter is a valuable resource. However, if you decide you no longer want emails from us you are free to unsubscribe at any time. A link to unsubscribe is provided in every email we send.